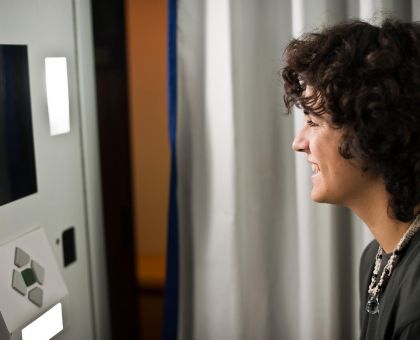 Aside from being able to take pictures and generally print them immediately one of the next most common features being offered as part of photo booth hire packages is Video Messaging.

Video Messaging is the ability to leave a short video message for the hirer of the booth as a keepsake eg bride + groom, birthday girl or boy or for commercial purposes e.g. corporate sponsor or charity. It's quite a novel way to get video footage without it being long winded or boring as the video messages tend to be time limited to less than a minute and can be very entertaining.

Let's have a look at the reasons why you should consider or consider against having this function available at your next wedding, party, 21st, 18th, school formal, corporate event or charity gala.

* Capture product reviews and feedback from users of a product or service which can potentially be used for commercial purposes. Particularly good for corporate events or charities.

* For those that like to be on film this gives them a great outlet for their inner actor.

* Keeps your guests entertained and gives them the ability to give something back for the photo booth hirer.

* Eats into the hire time and can take time away from the main purpose of the photo booth hire...to take pictures.

* Depending on the setting the audio may not be clear due to external noises particulary at weddings if the photo booth is close to a dance floor, band or music source.

* Potentially can catch things on film that could compromise someones reputation.

As you can see there is more to this feature than you might have initially thought and whilst it can be a good thing you need to be aware of the negatives before committing to having this feature as part of you photo booth hire. A good compromise is to ask if it can be turned on for a designated portion of the hire and/or to set a max time limit for the video itself. Most booth software will allow the operator to preset a time limit to say 60 seconds.