Should Kids be allowed in the Photo Booth? 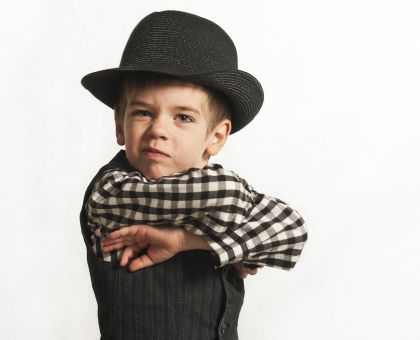 Should Kids Be Allowed In The Photo Booth (At Adult Events)?

I recently posted a blog about the reasons why a photo booth is still the must have cool addition to any event. The last reason I gave is that from my experience they can make great babysitters. My experience as a photo booth operator was nearly 5 years of running unattended automated photo booths. In other words I never had to be there to see what people and kids were up to. None of my hundreds of past clients had ever expressed any concerns about kids during their hire in fact I had many tell me how great it was that the booth gave them something fun to do instead of getting up to mischief. To further cement my position that photo booths are great for kids I don't ever recall any of my photo booths being damaged by kids. (Adults however did on occasion but that's for another blog....)

Well not everyone saw it that way and my post got some unexpected negative attention from a couple of operators (who I presume attend their booths) unimpressed that I should even suggest this. One lady even went so far as to call me irresponsible and gave me the "furious red face" emoticon twice! In her words I could feel the frustration she had built up from what I can only presume to be years of "child instigated photo booth rage". Whilst I can understand and even appreciate her frustration it's not as though me mentioning it makes me personally responsible. So whilst I didn't appreciate the slightly personal attack it did however get me thinking that maybe I needed to investigate further and find more out about the other side of the coin of which I had inadvertently and somewhat ignorantly overlooked. 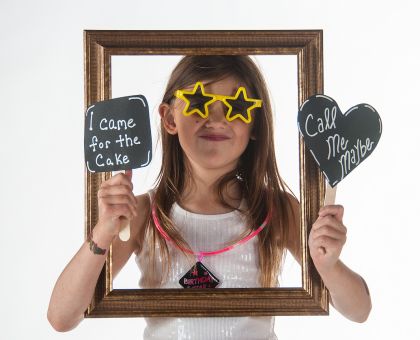 I consulted with some of my trusted member operators and was given a greater insight in to how things can be for attendants and adult guests when kids are left to take over the photo booth. From what I learned they can become unruly and over bearing and hog the booth to the point of extremes. Parents are all too often M.I.A. (missing in action) and allow their kids to run riot and are quite happy for the photo booth hire attendant to deal with it so they can have a good time. The photo booth attendants role is to oversee the smooth operation of their photo booths and encourage all guests to use the booth for the benefit of the hirer. They are not there to be the babysitter which I totally get and was certainly never the point I was trying or meant to make in my original blog post. As such I edited my post to make this distinction and hopefully provide a more balanced insight. Unfortunately for the "furious red face" emoticon lady this retraction still didn't take things far enough.

In reality it is up to the operators to communicate their rules about how they want their photo booths treated and for the hirer to also set some guidelines about how they want kids to interact as much as it is about parents controlling their kids or kids being totally excluded. It can be something as simple as agreeing on a set of rules e.g. that kids are allowed to use the booth for the first 1 or 2 hours then it's adults only. If the rules are made clear prior (via the hire contract and in lead up communication) then it is far easier to enforce during the hire as the attendant has a clear mandate. These rules should be clearly communicated during the hire via signage and verbal instruction from the attendant and if there is an MC they should also advise and remind the guests as well. The added use of stanchions to control crowds and stop unruly behaviour of adults and kids alike is also helpful.

The type of event is very important when considering having specific rules for kids about the use of the photo booth. For instance at a Wedding (and many other important events and occasions) the main reasons the hirer has rented a photo booth is to entertain their guests and to be the source of printed/digital memories for posterity. I am sure they would be happy to have some pictures of their younger family members and friends children but certainly they want the majority of pictures to be of the adult guests.

At the end of the day so long as the rules are clear and being met then everyone can have a good time in the photo booth including kids.